History of the dairy

The Dairy Cooperative in Nowe Skalmierzyce, in the south of Greater Poland province, was established in 1929 by farmers – milk producers. In 1959, the cooperative first tried to manufacture Penicillium roqueforti blue mold ripened cheese. The company followed the recipes of the well-known French Roquefort cheese in creating its own formula. The cheese received a Polish name ROKPOL.

By the end of the last millennium, in the face of growing competition in the dairy market, the cooperative decided to give up manufacturing other dairy products and develop the production of rokpol cheese, which was then named LAZUR (AZURE) due to the blue color of the mold. Soon, the cooperative took the same name. The narrow specialization helped to make better use of the cooperative’s investment resources and decrease unit costs. Focusing on one product resulted in a fast increase of quality thanks to which LAZUR cheese has gained trust and recognition on the part of consumers.

Gradually, different varieties of cheese have been introduced onto the market: LAZUR PEARL /with white mold/, LAZUR TURQUOISE /with green mold/. Due to the fact that quality blue mold was injected into the interior of the cheese as well as its surface, a new product, LAZUR SILVERY, was obtained with mold growing inside and on the surface of the cheese. LAZUR GOLDEN, yet another variety, was obtained in a similar way, however this cheese was enriched with Lactobacillus acidophilus probiotic bacteria and an annato natural dye.

LAZUR Dairy Cooperative has obtained permissions to trade not only on the EU market but also on the American and Russian ones. The cheeses are exported solely under the cooperative’s own brand name.

Lazur cheeses are manufactured in pursuance with the ISO 22000 certified quality system. After detailed and thorough evaluation of production and sales standards, the cheeses were awarded TERAZ POLSKA and POZNAJ DOBRĄ ŻYWNOŚĆ awards, which guarantee top quality of the products. 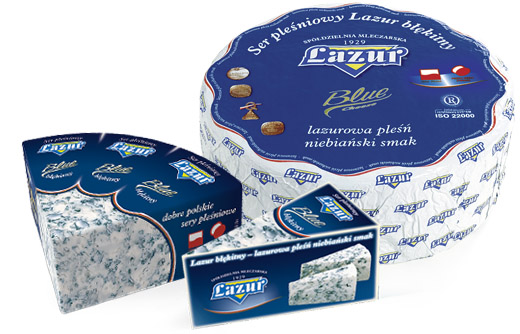 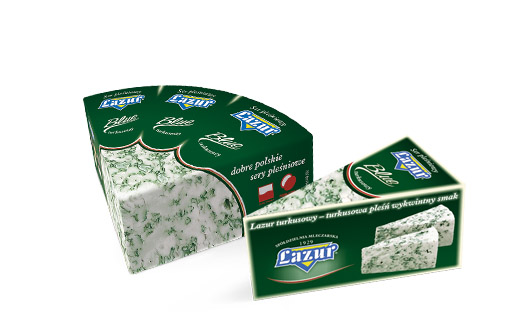 The most spicy of all Lazur cheeses. Its mildly sharp taste goes well with poultry, pork, and beef dishes, sauces and soups. 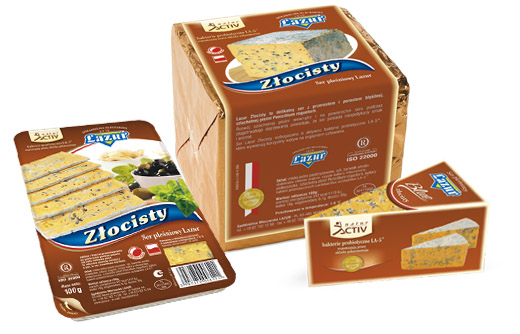 White interior mold cheese of mild flavor and creamy texture. Its taste is an alternative to blue cheeses. It is a perfect ingredient of salads, soups and sandwiches. 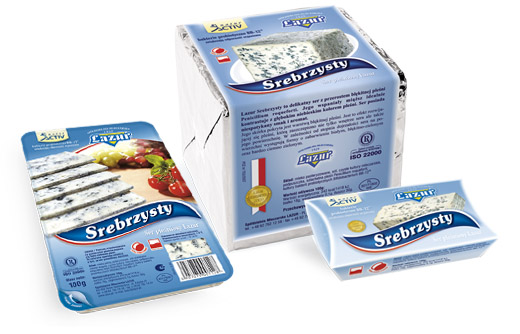 Cheese with interior and surface mold, with edible mold rind. This cheeses harmonizes well with meat dishes, fish, and pasta. It makes a perfect filling for pierogies and other dishes. Fry it in pancake dough and serve as an original snack. 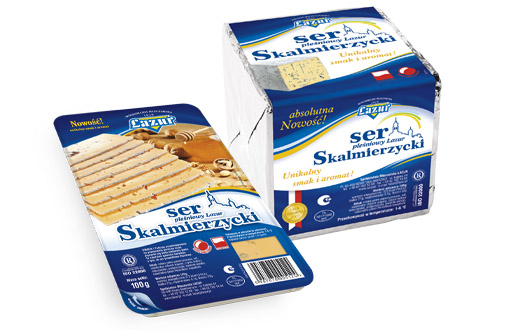 Lazur skalmierzycki is a cheese with light blue and white interior and surface mold, with edible mold rind. The cheese was created as a result of combining two technologies, the technology of manufacturing blue cheese and hard cheese. It tastes great with pizzas, toasts, sandwiches, salads, fish, and meat dishes. 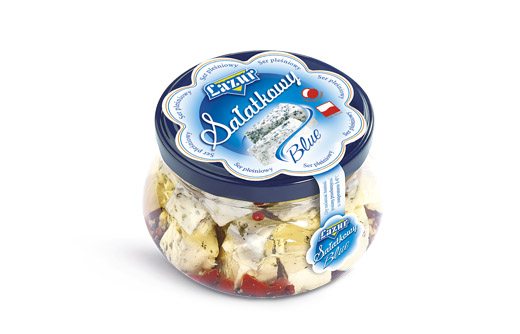 Lazur blue cheese in oil with spices. It is a perfect snack, or a component of appetizers, salads, sauces. Add it to your pizza and enjoy its original taste. 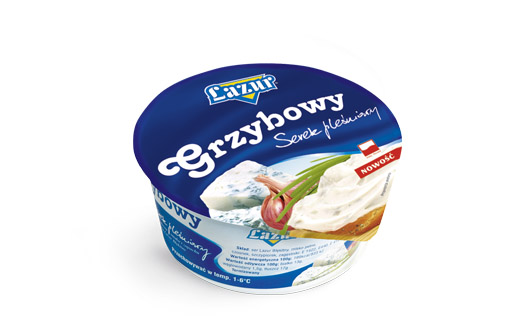 Cheese spread of natural Lazur blue flavor and smell. Mushrooms, garlic, and chives give it the hot and spicy taste. It is great for traditional sandwiches, canapés, sauces, soups, dips, cold meat, fish, pasta, and vegetables. 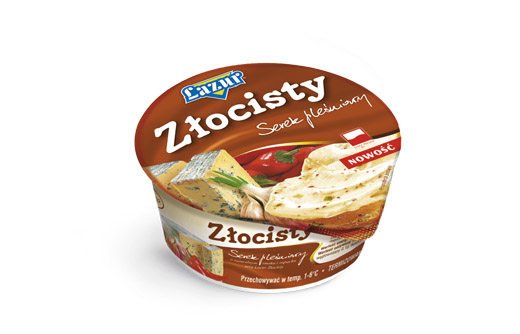 Soft cheese spread of natural flavor and aroma of Lazur golden cheese. The combination of creamy texture of the cheese with the sweetness of red pepper gives it the sophisticated taste. Enjoy the exquisite and original taste of Lazur golden cheese spread by adding it to your favorite sandwiches,  soups, sauces, dips, vegetables, meat and fish dishes, as well as pastas. 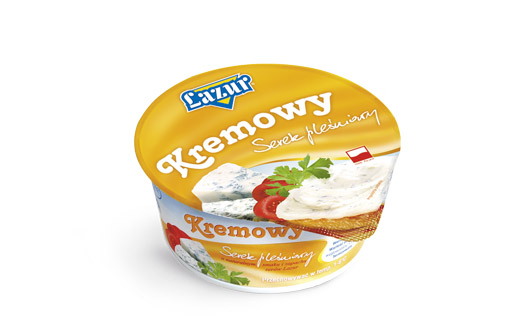